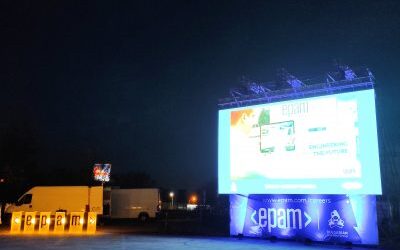 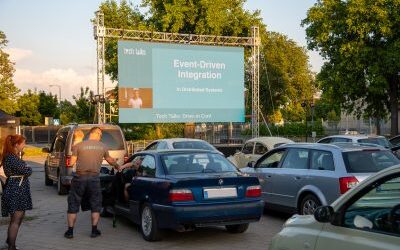 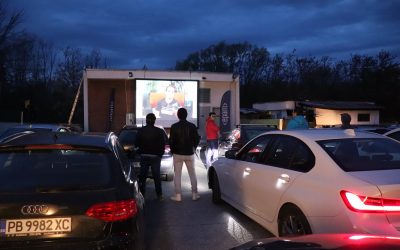 EPAM brought Drive-in Conf to Plovdiv with a special edition dedicated to emerging technologies, new beginnings, and everything you need to start a new exciting project from scratch!
This was the fantastic line-up of speakers:
– Nayden Gochev, Flutter for the non-believers
– Radoslav Stankov, React Native Architecture
– Samuil Aleksov, Introduction to drone programming with DJI SDKs and Android

The conference happened without a hitch and our team is looking forward to coming to Plovdiv for another event soon! 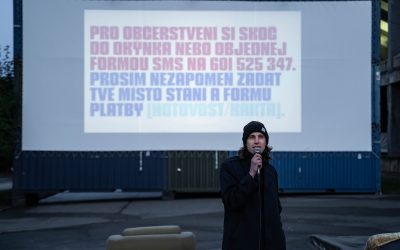 Drive-in Conf - PragueThe first Tech Talks: Drive-in Conference in the Czech Republic! The visitors enjoyed in the full comfort and safety of your car a director's cut of two Tech Talks presentations by our colleagues from EPAM Bulgaria! Chief Software Engineers... 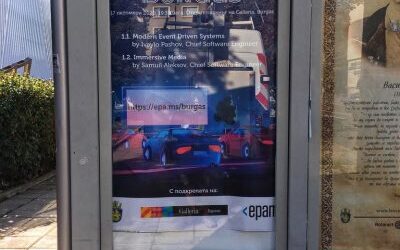 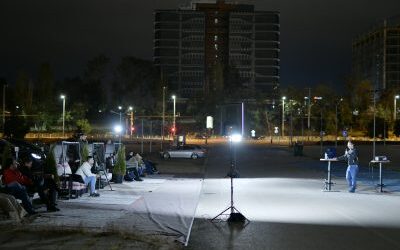 Drive-in Conf - Java EditionA fun evening of popcorn, refreshments and informal Java talks at the drive-in cinema, CinePark. No car? No problem, we had a comfy lounge area, where you could network with the others. The event had over 100 visitors and the speaker... 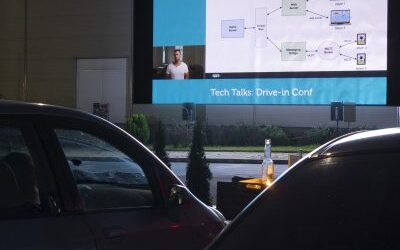 Drive-in Conf - July 2020The first Tech Talks: Drive-in Conference in Bulgaria! The visitors were able to enjoy in the full comfort and safety of their cars a director's cut of two Tech Talks presentations by EPAM Bulgaria's Chief Software Engineers, Samuil Aleksov...

From our previous conferences

EPAM Bulgaria comes up with the Drive-in Tech Talks

Since the start of the pandemic situation nearly all technical conferences adapted by shifting to online events rather than actual physical ones. It has been an interesting process and allowed us to expand beyond the individual geographic location and reach out to really interesting speakers from across the world. On the other hand, we were starting to crave the real human contact and networking that comes with a live event. EPAM Bulgaria’s team has come up with a solution for this situation. 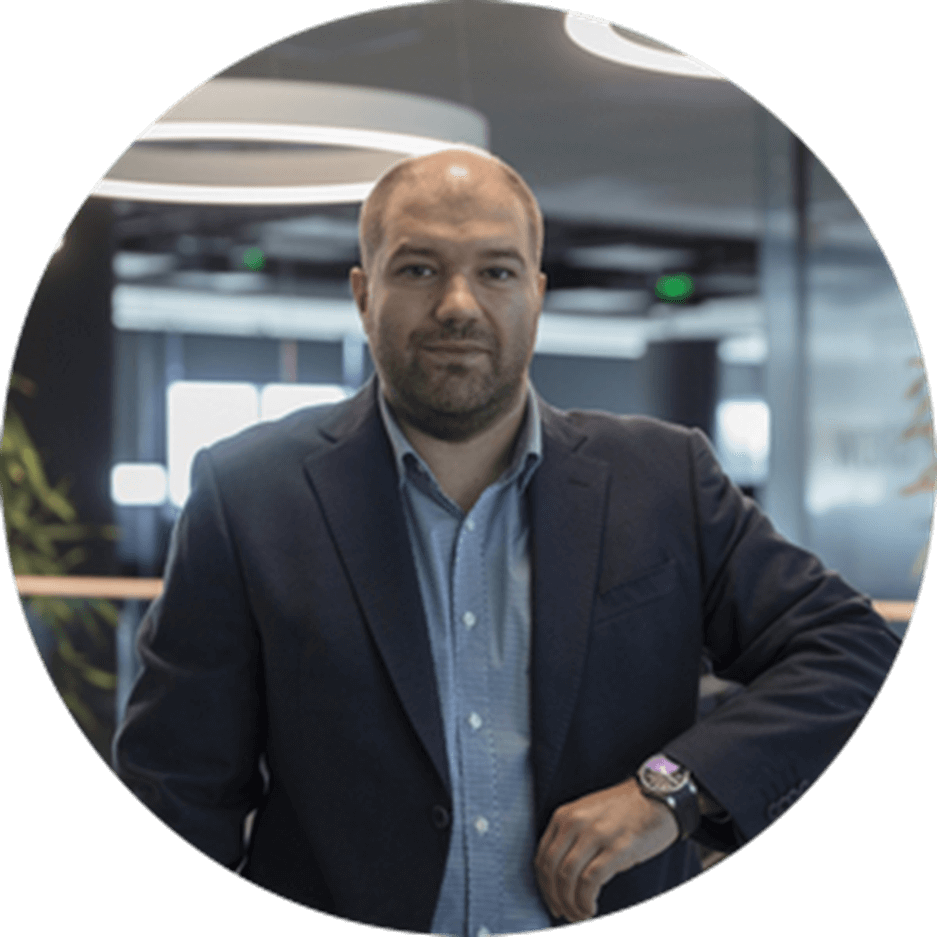 “In the last months since the start of the pandemic we took most of our activities online… until the Drive-in Conf. This idea emerged spontaneously while we were discussing our latest online front-end conference. As it often happened, someone suggested that we do a drive-in cinema and half an hour later we were at a conference call talking about the details around the organization of the event!”

In July 2020 came the first edition of the Tech Talks Drive-in Conf – a technical conference, which took place outdoors with popcorn, hotdogs and beverages with a big screen the visitors could watch from their cars. The visitors came to the venue and watched from the comfort and safety of their car two great talks by Chief Software Engineers Samuil Aleksov and Ivaylo Pashov. (The talks are available for watching here). The agenda included two topics – “Immersive Media” and “Modern Event-Driven Systems”.

The event was such a success that in September EPAM Bulgaria had the next edition of the event, dedicated to Java and in partnership with the Bulgarian Java User Group. The speaker line-up includes world-renown speakers such as Adam Bien and Venkat Subramaniam. Soon afterwards followed the Drive-in Conf: Burgas edition, which took place in Burgas and was organized in partnership with the Municipality of Burgas and Galleria Burgas.

The drive-in idea has also spread to other EPAM locations such as the Czech Republic. The office in Prague organized their own edition of the event in October. 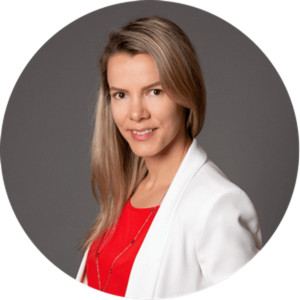 “Courtesy of our speakers, we managed to offer high-quality content in a really innovative format. Our top priority was the health and safety of the visitors, but we also managed to share knowledge, network and have lots of fun.”

“Drive-In Conf. sounded like a very interesting format and I am glad that I managed to become a part of the first conference of this kind in Bulgaria.

For several years now, I have been sharing my experience in enriched reality and computer graphics, because I believe that there is a potential for a very different and creative collaboration between user and machine, as the technologies get more and more accessible. The big screen allowed me to show several interesting apps and to present the content in a suitable way.” 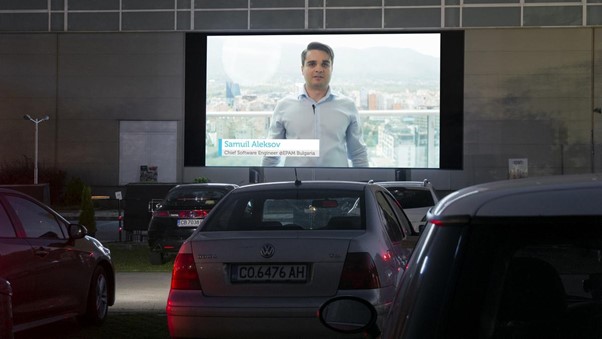 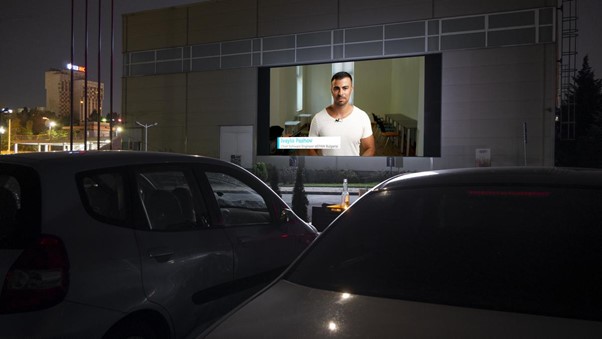 “This time it was very interesting since we shot the video of the presentation in the city of Burgas. This summer, I have the opportunity to work by the seaside as a part of the EPAM Remote by design concept.”